Available now is this stunning 1950 Ford Custom Deluxe 2-Door Convertible dressed in an eye-catching canary yellow with a like new black convertible top. This beauty is highly optioned featuring the front and rear bumper extension guards, dual spotlights, and chrome accents everywhere. The top functions perfectly revealing an amazing dark red, white, and black covered interior. Powered by the 239 ci Flathead V8 mated to a 3-speed manual gearbox. This Ford runs and drives great and will be an instant draw to any crowd it is driven through. If you want to be discreet and fly under the radar, this is not the car for you. Driving this around, you will need to allow extra time to talk to all of the people who will want to take pictures and compliment you on the car. This is an absolute must for any classic car collector and a surefire way to secure a few trophies at your local car show.

It took a few years after World War II for automakers to introduce completely new postwar era cars. Most had been updates of pre-war cars, and with demand high, Ford had to respond. Their troubles began during the 1930s, as the Great Depression and increasing competition had slowed some of the company’s success. Henry Ford’s persistence on updating the antiquated suspension system had been another factor, and as the war came to an end, the Ford Motor Company emerged in declining financial health. They turned to designer George Walter, commonly known as the ‘Cellini of Chrome’ for a sleek new streamlined design to take them into the 50’s, and the Ford brand was off and running again.

The Custom Deluxe V8 series featured the top trim level for Ford, including chrome window trim, chrome horn ring, dual sun visors, armrests on all doors and deluxe chrome trim along the lower half of the body. Base price of the Custom Deluxe convertible was $1,950 without options. Power was supplied by Ford’s 239 cubic-inch V8 engine that produced 100 horsepower. A manual three-speed transmission was standard and overdrive was optional.

One of the first truly new offerings from Ford after World War II, this Custom Deluxe Convertible is one of Ford’s iconic vehicles, and surely will be of interest and value to collectors for generations to come. Ready for show or touring, it’s a car that will never go out of style. 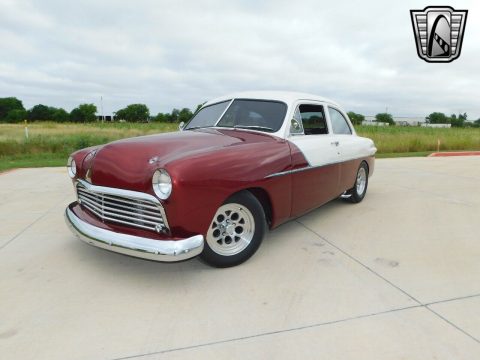 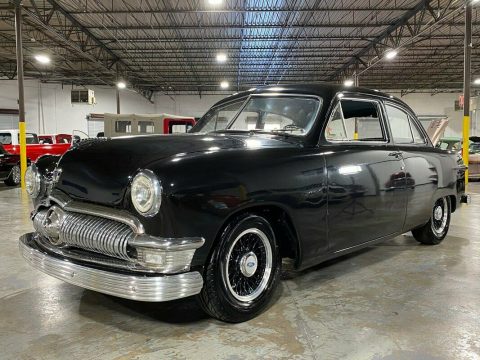 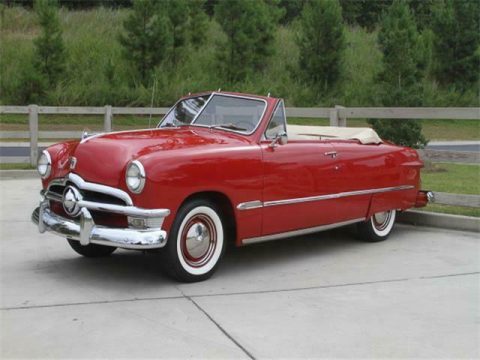 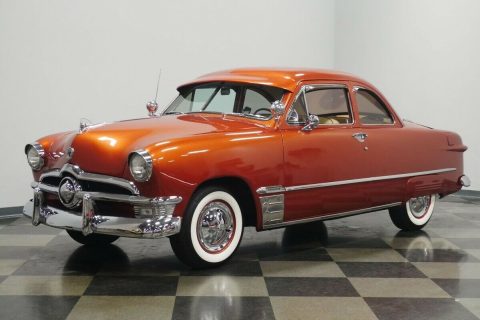