As the bathtub shapes and pontoons of the early 50s wore off and cars began to assert the shapes they would wear throughout most of the 1950s, Mercury’s Monterey was one of the first to change in 1952. The Previous owner stated mileage of 19,046 were actual, and it appears to be so, however we have no documentation to back up this claim.

Made in Ford’s Metuchen, New Jersey factory (code ME) and possibly originally sold by a Lincoln-Mercury dealer in Meriden, Connecticut, this example is finished in Raven Black over Fanfare Maroon (code 42E). The paint and trim are in overall very good order while the bodywork is straight and solid. The engine bay is extremely tidy and the chrome bumpers look great while fitting tightly to the body. The trunk’s cargo area is in very good overall shape though the floor mat has an obvious tear in it. The car comes with a full-size wide whitewall spare tire and red wheel. Amber foglights are ensconced with the front bumper.

This car rolls on Kelly Springfield wide whitewall tires, size 7.60-15 at all four corners. Each tire is mounted to a steel wheel and topped with a factory wheel covers. The wheels and tires are all in very good order.

Under the hood is the final rendition of Ford’s Flathead V-8, at 255 CID. Backing the motor is an early version of the Merc-O-Matic three-speed automatic transmission backed with a 3.73:1 rear end. Driver convenience features include the Merc-O-Therm HVAC system.

Inside, the car’s original Black and Cherry Red vinyl interior look great, even today (code 88A). The front and rear benches remain in very good order, the black carpet is in satisfactory shape, the gray, contrasting headliner looks great, as does the black, two-spoke steering wheel. The heater and vent controls were changed to levers and placed on a plane set perpendicular to the dash behind the steering wheel, inspired by flight controls in large aircraft, the fuel gauge is inop.The maroon metal dashboard and inner door panels look great. A column-mounted shift lever, a Borg electric clock and a factory AM radio complete the interior.

Monterey became a separate series and Mercury’s top model line over the mainstream “Custom” nameplate, a convertible and four-door sedan were included in the new series lineup. The aircraft-inspired heater and vent controls with levers would reappear later in the decade on the fabulous Continental Mark II.

If a stock, good-driving Mercury from the company’s early post-war years appeals to you, you should not hesitate about checking out this coupe at MotoeXotica Classic Cars before someone else beats you to it. 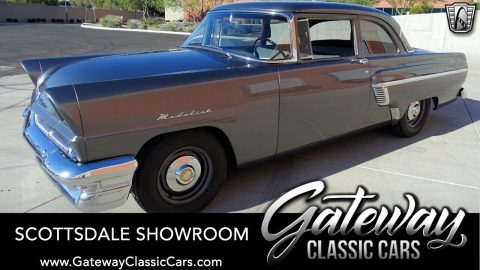 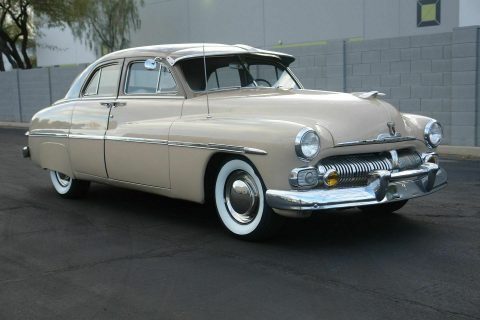 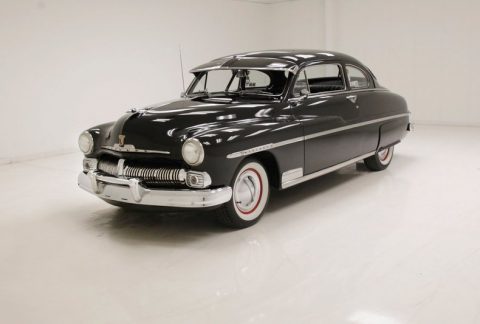 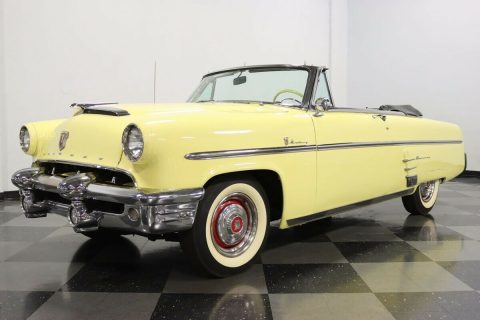 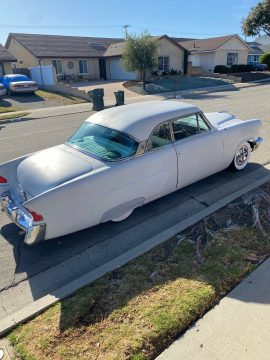