is thrilled to offer this a stunning 1955 Ford Thunderbird that is very much original with modern changes making it a great driver’s car!

The Thunderbird was Henry Ford’s response to the Chevrolet Corvette, and was revealed at the Detroit Auto Show on February 20, 1954. No one could have predicted the success the Thunderbird would have.

The Thunderbird’s first year of production literally outsold the Corvette more than 23 to 1. Though it was sleek and sporty, the Thunderbird was not considered a sports car to Ford, but a “personal luxury vehicle.”

This Torch Red beauty is a fine example of that first year, a great representation of the epic Thunderbird line. With a short and stout body, lovely curves, and a removable hard top, it’s a real looker. Some of the modern touches to this T-Bird includes the wide white wall radial tires.

This Thunderbird for sale is powered by a legendary 292 cubic inch Y-Block V8 and is accompanied by a rare manual transmission, which makes it a fun a nice cruiser for anyone and everyone.

The red interior was reupholstered, and the carpet was replaced giving the interior the look it did coming right out of the showroom back in 1955. 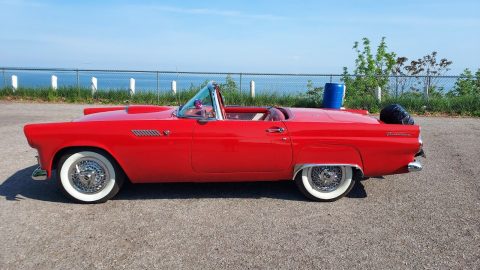 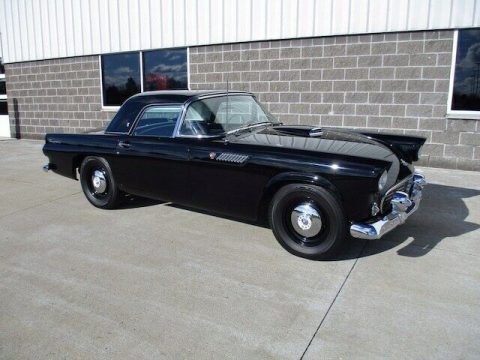 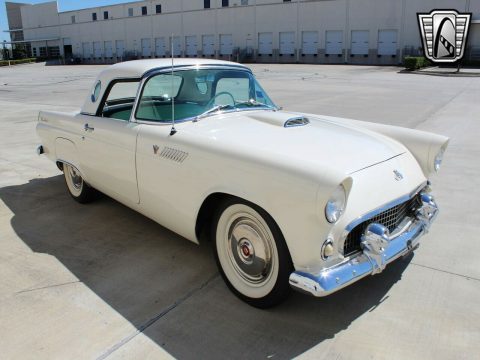 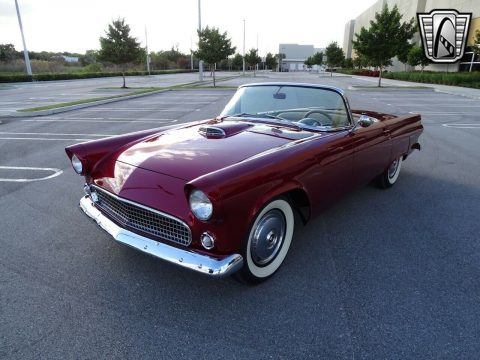 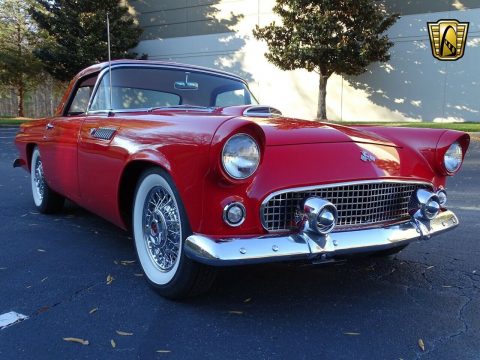