Gateway Classic Cars of Detroit is proud to present this 1957 Ford Thunderbird for sale.

The first-generation Thunderbird was introduced in 1955 and had a three-year rum until 1957. In its final year Ford made some changes to the design including reshaping the bumpers and the tail fins.

This Thunderbird is Red with a White Hardtop and Red interior.

The Thunderbird is always compared to the Corvette, but Ford intended the car to be more about personal luxury and comfort than it was about speed.

They were powered by a V8 engine though that combined with their relatively light weight to produce a brisk ride.

This Thunderbird is equipped with AM FM radio with cassette, a manual convertible top, hub caps with wide white walls and seat belts. 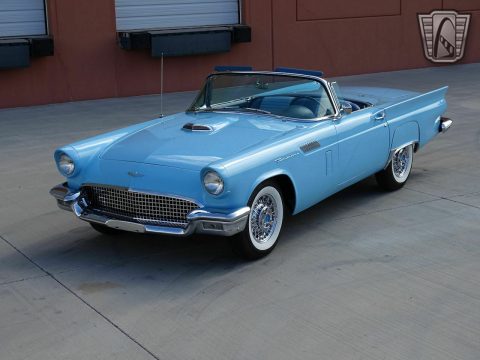 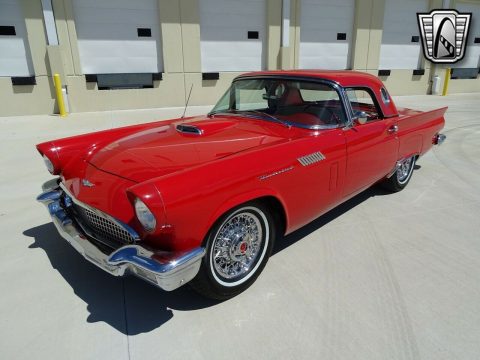 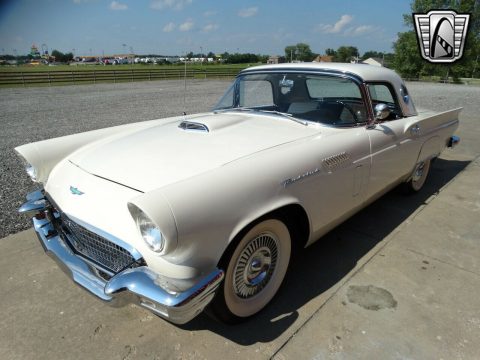 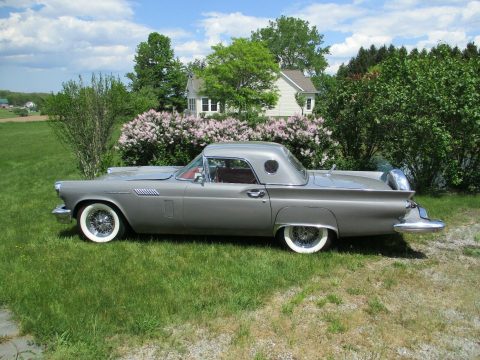